Want Us To Call Back ?

Enter your contact details and we will plan the best holiday suiting all your requirements. 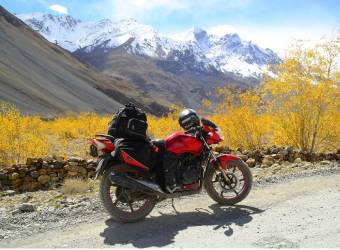 The Land of Hills- Himachal Pradesh

Chandigarh:-Chandigarh, a union territory that is the capital of both Punjab as well as Haryana, is an ideal definition of the word ‘city’. With a culture that includes instances of both traditional Punjab as well as modernity, Chandigarh’s food and gedi culture (a leisure drive or ride the city) is something that everyone knows of!Located at a distance of 265 km from Delhi, Chandigarh is one of the favorite’s weekend road trip destinations of Delhiites. Any tour of “The City Beautiful” needs to begin with boating at the beautiful Sukhna Lake. The other worth-visiting attractions in Chandigarh are the Rock Garden, and the Leisure Valley & Rose Garden. Chandigarh’s Rock Garden is very well known for having been entirely designed out of discarded industrial and urban waste while the Leisure Valley is an 8-kilometre-long well-maintained park which houses Asia’s most extensive rose garden, a very popular draw among tourists and locals alike.One of the most famous places to visit in Chandigarh is the Capitol complex, which is also often referred to as Le Corbusier Centre. Earlier used as Le Corbusier’s base, this UNESCO World Heritage Site has now been converted into a museum, and tourists are free to visit it. The Capitol is also home to the state’s Vidhan Sabha, High Court, and Secretariat.

Dalhousie:-The tiny tinsel town Dalhousie tucked away in the lap of Himachal Pradesh is a piece of paradise for all the travelers. It boasts of old world charm, mesmerizing natural landscape, pine-clad valleys, flower bedecked meadows, fast flowing rivers, magnificent misty mountains and some of the most spectacular views in the world. The air smells of the Scottish and Victorian architecture and the ambience reminds you of the pristine British flavors.

Dharamashala (McLeod Ganj):-Dharamsala is famed as the holy residence of the Dalai Lama and houses the Tibetan monk in exile. Dharamsala is located in Kangra district at a distance of 18km from Kangra City. The city is distinctively separated as upper and lower divisions with different altitudes. The lower division is the Dharamsala town itself whereas the upper division is popularly known as Mcleodganj. This is situated on the upper hilly stretch of land of Kangra Valley which is placed just against the picturesque scene of Dhauladhar ranges. Being a Tibetan hub, Dharamsala is considered to be one of the best places to learn and explore Buddhism and Tibetan Culture.

Khajjiar:-Khajjiar is a hill station in the north Indian state of Himachal Pradesh. Dating from the 12th century, Khajji Nag Temple is dedicated to a serpent god. Nearby, the high-altitude Khajjiar Lake is surrounded by cedar forest. West, Kalatop Wildlife Sanctuary is home to animals including deer and bears. Farther west, Dalhousie is a hill station with mountain views, dotted with temples and 19th-century British churches.

Chamba:-Chamba is a town in the Chamba district in the Indian state of Himachal Pradesh. According to the 2001 Indian census, the town is situated on the banks of the Ravi River (a major tributary of the Trans-Himalayan Indus River), at its confluence with the Sal River. Chambial were the Rulers of Chamba State [1] Chambials use suffix Varmans.Though historical records date the history of the Chamba region to the Kolian tribes in the 2nd century BC, the area was formally ruled by the Maru dynasty, starting with the Raju Maru from around 500 AD, ruling from the ancient capital of Bharmour, which is located 65 kilometres (40 mi) from the town of Chamba. In 920, Raja Sahil Varman (or Raja SahilVerma) shifted the capital of the kingdom to Chamba, following the specific request of his daughter Champavati [3] (Chamba was named after her). From the time of Raju Maru, 67 Rajas of this dynasty ruled over Chamba until it finally merged with the Indian Union in April 1948, although Chamba was under British suzerainty from 1846 to this time.[2]The town has numerous temples and palaces,[3][4] and hosts two popular jatras (fairs), the “Suhi Mata Mela” and the “MinjarMela”, which last for several days of music and dancing. Chamba is also well noted for its arts and crafts, particularly its Pahari paintings, which originated in the Hill Kingdoms of North India between the 17th and 19th century, and its handicrafts and textiles.

Please note:-Rohtang Pass and Solang Valley trip on direct payment and depend on weather condition

* Above mentioned package price is applicable when it is a group of 6 tourists.
Depending on the no. of tourists, tour package price per person will vary.

Want Us To Call Back ?